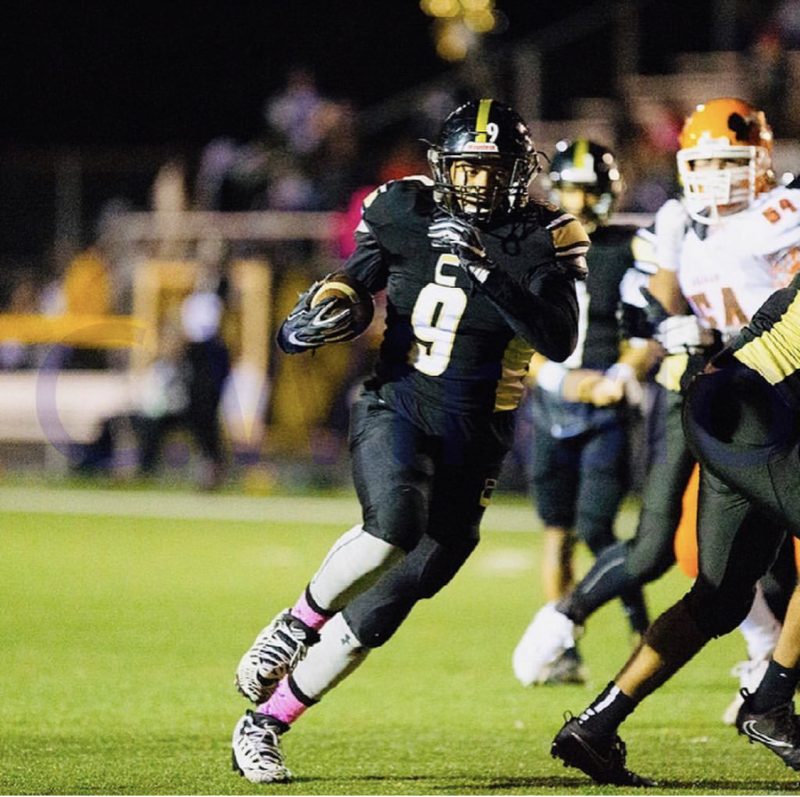 Walt Bell came to UMass to put Amherst on the college football map and the only way the new Minuteman head coach will be able to do that is to recruit well and recruit nationally.

Bell has had stints as an assistant at Oklahoma State, North Carolina, Maryland and Florida among other places, so he certainly has relationships around the country that will help him bring players to the 413.

But he’s not going to ignore the talent in his own backyard either and when a local prospect is good enough to help UMass, Bell and his staff are going to go after him.

The Minutemen have decided Terry Lockett is good enough and extended a scholarship offer to the sophomore defensive lineman/linebacker from Springfield Central High School on Saturday morning.

The 6-foot-2, 240-pounder found out about his first Division-I offer from Central head coach Valdamar Brower.

It began to sink in when his coach assured him the offer was legit.

“This is what I’ve been waiting for my whole life,” Lockett said. “I couldn’t believe it at first, but then I started to take it in and I started to get emotional and cry and hug my mom and stuff.

“She started to cry too and gave me a big hug.”

Lockett, who has a 3.7 grade-point average, was thinking about what the offer could mean for his future and how it validates his past.

“It’s the fact that I’m able to go to college for free and my mom doesn’t have to worry about that,” said Lockett. “All of the hard work that I’ve been putting in and people telling me to ‘trust the process,’ the pieces are starting to come together.”

Lockett has yet to have any direct contact with the new coaching staff in Amherst, which is why the offer was so unexpected, but he’s looking forward to getting to know them.

“Whenever they’re able to contact me, I want to get a feel for them and the college,” he said.

As for Bell, Lockett’s initial impressions are positive.

The Class of 2021 prospect has received interest from several other schools as well.

Albany and Howard were by Central to check on him recently. He’s also camped at UConn, Syracuse and Rhode Island and appeared on the radar of Michigan, the school that encouraged him to attend the Rhode Island camp because the Wolverines would have coaches there as well.

Lockett doesn’t have any camps set for this offseason just yet.

“We’re going to see when the dates come out and we’re going to go accordingly with the colleges and dates,” he said.

The Springfield native wants to pick the college that fits him best.

“The biggest factors will be am I going to feel comfortable being away from home, is it not going to make me homesick if I go there, is the school going to fit me and the way I play,” he said.

In the meantime, Lockett knows what he’s got to do.

“I’ve got to stay humble and do my job, but it’s kind of exciting because now everything is starting to come together for everything I’ve been dreaming and waiting for. Now, I’ve just got to keep my grades right and keep playing football and hopefully more schools will find interest in me.”