Joe LoChiatto Made Varsity as a Freshman, Gains Interest from Colleges

Joe LoChiatto may have been surprised, but he wasn’t overwhelmed when he was immediately installed on varsity as a freshman at Agawam High School in 2017.

His teammates helped ease the transition.

“I was more surprised because a lot of coaches would make you work for it, but I feel like I fit right in,” says LoChiatto, who entered high school as a 6-foot-2, 275-pound freshman.

“I was a lot bigger than most of the kids and over the summer, after practices, I would work. Even the older kids were already incorporating me with them. I just felt like I had to prove that’s what I wanted.” 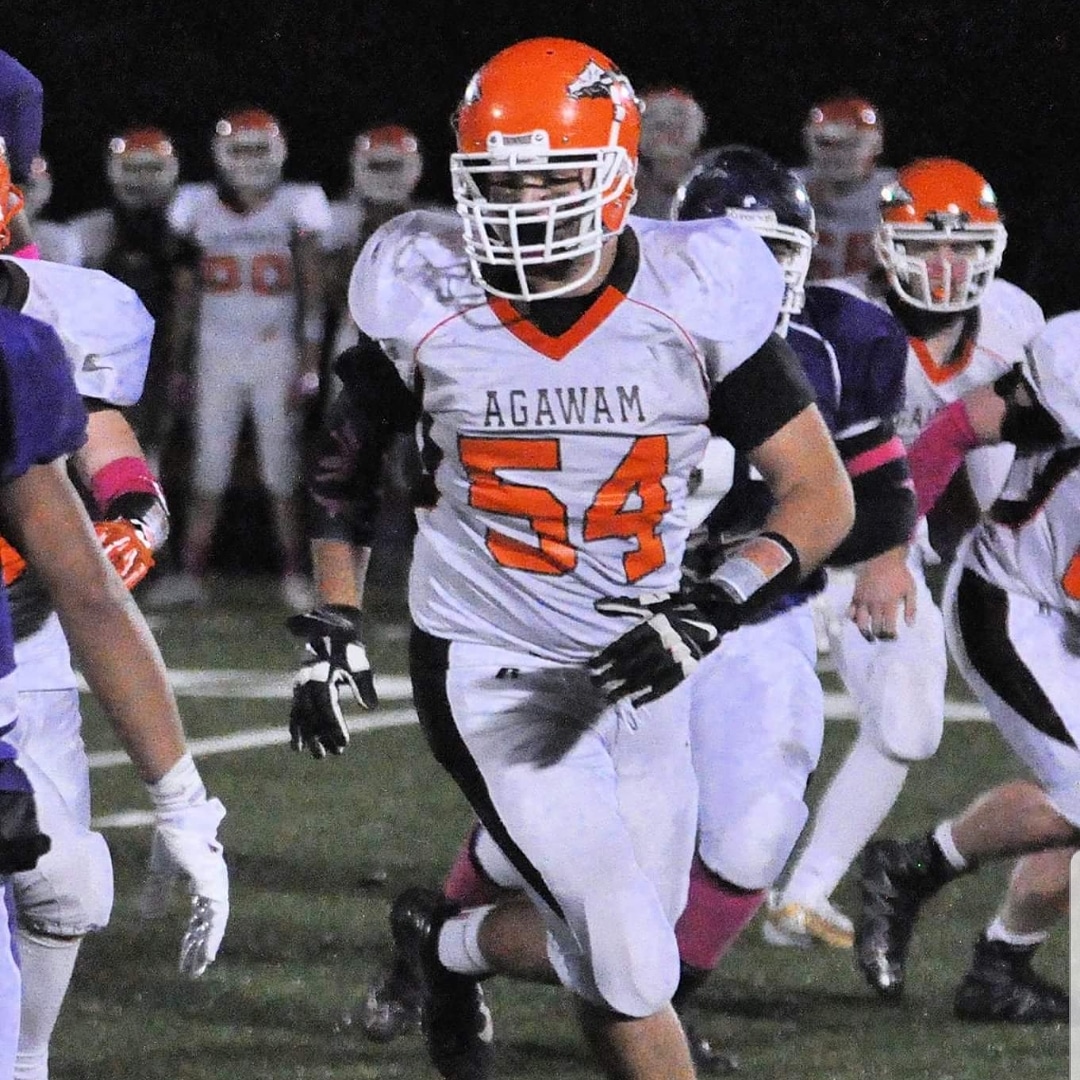 He hasn’t been taken off the field since.

LoChiatto held his own for the most part during his first season of high school ball, but had an eye-opening experience during Agawam’s blowout loss to powerhouse Central that year.

“The kid I was going against when I was on defense, I couldn’t really see around him,” LoChiatto recalls. “It was something you had to take into perspective, like a wow factor. You had to learn, ‘You’ve got to play differently against these kids.’”

After completing his second season of high school football, one that included being named All-League, All-Western Mass., and even an All-State mention by MassVarsity, LoChiatto realizes he’s becoming the kind of kid others need to play differently against.

And he gives a lot of the credit for that to the time he’s spent with Excel Sports Academy.

“Working with Excel, a lot of it is technique,” LoChiatto says. “Even though someone might be twice the size, if you know where you want to bring them and how you’re going to bring them there, it’s going to be so much easier.”

The 2021 lineman started working with Excel last summer, going through lineman drills at a handful of camp sessions.

“Just from a few one-days, I learned a lot as a lineman,” he says. “I think being with Excel this offseason is going to make me even better.”

The attitude in Excel strength & conditioning coach Christian Ferrara’s weight room is a big reason why.

“It’s a place where everyone wants to work to get better,” says LoChiatto, who works out with Ferrara three times a week right now. “It’s a great environment.

LoChiatto figures to be an offensive lineman long-term, but his athleticism keeps him on the field in all three phases of the game these days. In fact, he’s probably the biggest specialist in the state.

“At the end of the game, coaches are often like, ‘Wow! You’re a punter too?’” LoChiatto laughs. “Kids during the game are surprised like, ‘Oh my God! You’re a punter?’ It’s just funny because kids don’t really think a 300-pound lineman would be back there punting the ball.”

As a lineman, he appreciates having the ball in his hands even if just for the briefest of moments. He played some quarterback when he was younger and still plays lacrosse.

“If you’re on the right team, it’s like non-stop moving, even in practices,” he says of the sport. “It’s a lot of footwork and knowing your spot on the field. I think that’s important in football, knowing where to be and what you should be doing.”

LoChiatto still has a couple years of high school ball left, but interest from colleges has already started coming in and will only increase in the months and years to come.

While football will be a major part of his ultimate decision, finding the school he belongs at will include other factors as well.

“Where I fit in best. I want to go somewhere where I fit in academically, socially and with the football kids.”